We start at the Florianibrunnen fountain at the main square of Lienz. Liebburg Castle with its two striking onion-domed towers was erected in the 17th century by the Baron of Wolkenstein- Rodenegg as his residential palace. Following two fires and having been used for a multitude of purposes, it now serves as the splendid town hall of Lienz since renovations were completed in 1988.

At the east end of the main square you will find Saint Anthony's Church from the 17th century. It served as the meeting place of the Greek Orthodox community of Lienz for some time. The exterior of the little church was renovated in 1976 by the citizens of Lienz and today forms a dignified finish to the Lienz main square. We keep walking north-west along Kärntnerstrasse to the Spitalskirche (hospital church). Built in the 13th century, it was later remodelled into the most significant baroque building in Lienz.

Currently, this church provides a wonderful setting for various events. We continue to the Spitalsbrücke (hospital bridge) which owes its name to the building on the right-hand side. A long time ago, the old and frail residents of the town were cared for in this house. Today it houses a grammar school.

We continue across the bridge along Kärntnerstrasse heading east, a little detour to the city limits of Lienz and the "Siechenhaus" (infirmary). This is where once people with serious and contagious diseases were housed. In the adjacent fruit orchard you'll find the oldest painted wayside shrine in Tirol. Walking back along Kärntnerstrasse for a bit, we turn off into Beda Weber alley. On a small square stands the St. Michael's Church. (For those who want to visit, the key is available to borrow at Beda Weber-Gasse 9.) 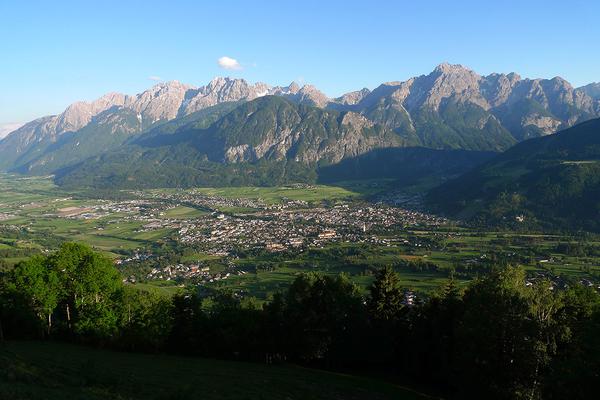 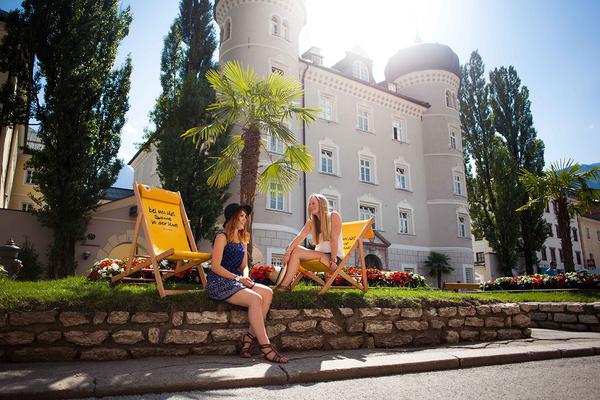 The church is from the 14th century and served as the burial site of the Lords von Graben, who were distinguished citizens of the town. Following the Beda Weber-alley west, we walk to the parish church St. Andrä, the oldest church in Lienz. It was built on the foundations of an Early Christian sacred structure in Romanesque style, and renovated in the 15th century by the residents of Gorizia.

The three-aisled Gothic basilica is adorned by a baroque high altar. The last Counts of Gorizia found their dignified resting place in two elaborately designed tombs. On the north side of the church is the regional war memorial with the Albin Egger-Lienz remembrance chapel. The ensemble was constructed in 1924/1925 following designs by architect Clemens Holzmeister.

The artist Albin Egger-Lienz, who was known well beyond the borders of Tirol, endowed the specially designed remembrance chapel with a quadripartite picture cycle, which initially met with fierce resistance and led to the temporary closure of the chapel. The painter Albin Egger-Lienz is also buried there. Along Oberdrumer Strasse we get to Tamerburg Castle, slightly above Lienz. Oral lore has it that from this stately, majestic building a subterranean corridor leads to Bruck Castle, and some nights the mysterious "White Lady" is said to be haunting the castle.

The summer months see frequent events, small exhibitions or "culture playing field", creative summer weeks for children take place here. Our walk leads us back to the parish church and the Beda Weber-alley continuing across the oldest bridge in Lienz, the Pfarrbrücke (parish bridge). On the right side the Dominican convent now comes into view, called "Klösterle" in the vernacular. Built in the year 1220, it is the oldest convent in Lienz. 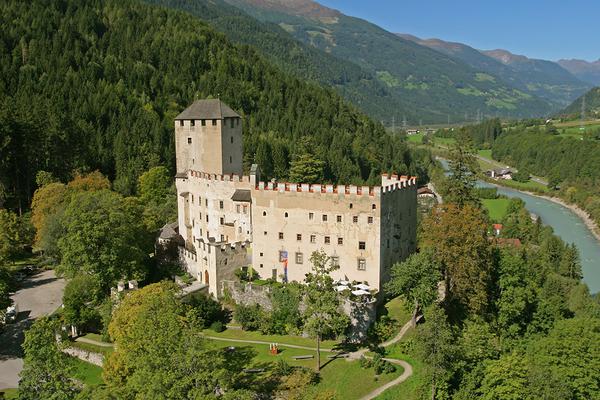 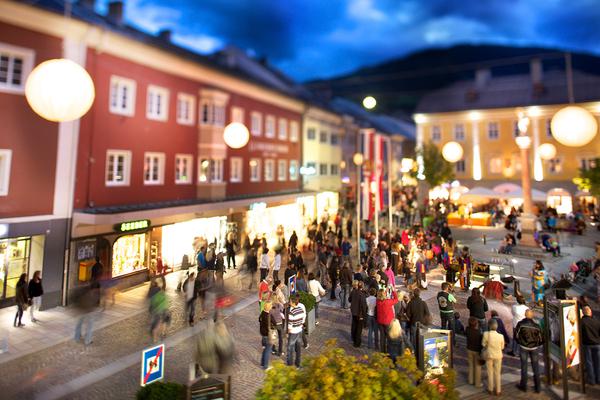 For many centuries, children received an education from the spiritual sisters here. Today, the convent houses a school for commercial female occupations. The "Rieplerschmiede" blacksmith´s shop at the start of Schweizergasse alley dates back to the 16th century and enjoys landmark status. Weekly blacksmith demonstrations show how this ancient craft was practised.

We continue into Schweizergasse alley to the monument for the Tirolean struggle for freedom in 1809 and the parental home of Albin Egger-Lienz. At the end of Schweizergasse alley, in Egger- Lienz square, a statue of the famous painter can be seen. Continuing a few steps north in direction of the river Isel you'll find remnants of the old widened city walls and the Isel tower. In Muchargasse alley we find the Franciscan church and monastery. Both buildings were built during the rule of the Counts of Gorizia in the 15th century and in old times served as a place of refuge for all those who felt persecuted. The nave is of Gothic character and beautiful frescoes enhance the overall impression. The lovely high altar and the mosaic above the entrance were made by Lienz sculptor Prof. Jos Pirkner.

We continue our walk down Muchargasse alley until we get to Johannesplatz square. This is where the St. John’s church once stood, which unfortunately was never rebuilt following a fire. Today you will find a Marian column here. Rosengasse is an old commercial alley which now boasts a new look. It leads directly into Messinggasse alley. This is where at the time of the Counts of Gorizia the brass factory was located. It was the industrial quarter of the town back then, so to say.

After the town fire in 1609, it was rebuilt and had its heyday in the 18th century. Every Friday afternoon and Saturday morning, regional delicacies are on offer here at the Lienz town market. At the west end of Lienz, slightly elevated and unmissable, stands Bruck Castle. Built in the 13th century, it was the commercial, political and social centre until the death of the last Count of Gorizia in the year 1500. Its interior today houses the museum of the town of Lienz. A tour of the museum brings the past back to life and leads through the castle chapel adorned all over with late Gothic frescoes and the Romanesque Hall of Knights. In the impressive castle rooms, an internationally renowned exhibition programme with annually changing special exhibitions is presented. The permanent exhibition Albin Egger-Lienz shows the life and work of the famous Austrian expressionist.